The island of Ios only hs a few residents but always been a popular destination for Greek tourists. In the 1960s it was the object of great attention thanks to the hippie movement that came here in search of uncontaminated nature and peace. This island is dominated by the sun and the fresh, dry winds that blow over the Cycladic islands, known as 'Meltemi'. There are even windmills along the jagged coast to take advantage of the breeze, along with many hidden coves and coves.

The island seems to be lost in time with all the archaeological excavations near Skarkos, Ios has been inhabited since ancient times and there are many findings from the Early Cycladic Period (about 3200 BC). Like the other Cycladic islands, Ios was subject to many invasions over the centuries, such as the Cari, Pelasgi, Achei and Fenici. Later the island became a province of the Byzantine Empire when the church of Aghios Ioannis was built over the foundations of a temple dedicated to the Apollo. As the legend goes, the island of Ios is linked to Homer, who is said to have been buried here because it was his mother's homeland.

Ios is known not only for its history but also for its beautiful white beaches with crystal clear water, such as Psathi, where you can spot the sea turtles. Also Klima, Kalamos and the three famous beaches of Tris Klissies. The wonderful nightlife on the island is the main attraction, it is great for those who love clubs and parties on the beach, there are a variety of nightclubs that are very lively during the summer where you can dance until at dawn.

Discover how to reach and what to do to Ios: tips, events, local festivals, culture, food and all the other details to explore Ios can be found on our blog! 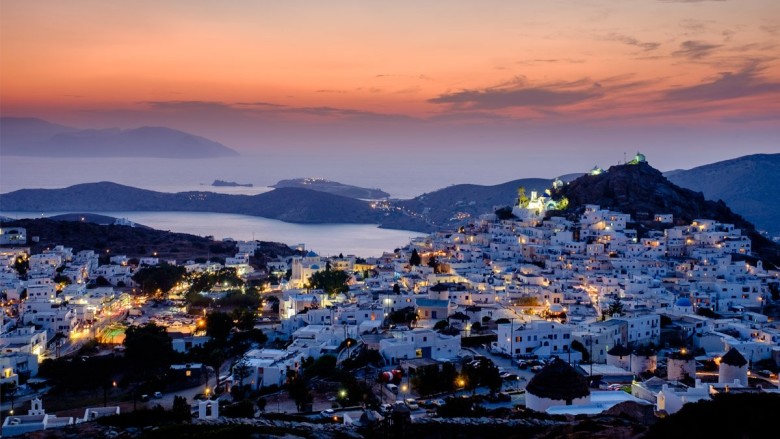 Netferry explains how to get to the greek island of Ios
The new year means looking forward and planning your 2020 summer holiday! Netferry has some useful tips for travelling by ferry to Greece and today we start with Ios, one of the...
13 January 2020