Algeria is Africa's largest country, located in the north with a Mediterranean coastline as well as grand mountain ranges; it is a great country to explore. The most charismatic cities are Algiers on the north coast and Constantine, inland to the east. The country boasts some fantastic Roman towns and ruins and its easy to escape the tourists in Algeria to experience some north African culture and hospitality. The state also encompasses part of the Sahara desert, so you can find spectacular views of desert landscapes with dunes as far as the eye can see. A trip to Algeria feels like an adventure in a foreign culture, but travelling is quite easy, and Algerians are famous for their warmth and curiosity towards visitors.

A brief history of Algeria

There is evidence of settlements in the region of Algeria since the Neolithic period. Up until then, most Europeans knew the area as the Barbary Coast, a name that is taken from the Berber ethnic group that inhabited north Africa. During the Crusades, Mediterranean piracy was in full swing, and the region was considered an anarchic and dangerous place, where pirates were known to attack Christian and especially catholic ships. The region became an economic hub for North Africa, rich from piracy and legitimate trade and at one point the city of Algiers held around 25,000 Christians prisoners. International relations weren't all bad though, many Dutch and English protestant privateers and adventurers moved to the city, adopted Islam and grew rich on trade. The modern state of Algeria is a relatively recent creation; its name was coined by the Ottoman Turks in the 16th century who controlled the territory from Algiers.

After a few turbulent centuries with a lack of stable control and lots of piracy, the French had taken over most of north Algeria by 1834. There was resistance from a nationalist movement lead by Emir Abdelkader, ruler of western and central Algeria and great national hero. They managed to hold off the French for almost six years, but eventually defeated near Oujda in 1844, then in the fowling years he surrendered, and the country became part of the French colonial empire. Over the next few decades, the French tightened their grip, confiscating vast areas of land from native Algerians and responding with great force to any resistance. The French rebuilt Algeria in France's image and distributed areas of prime farming land to European settlers from Italy, Malta, Spain and Portugal, as well as France. The locals were expected to renounce Islam to become citizens, but most people resisted and were forced to exist in their own country with very few rights. By the 1960s, the French reported that the population consisted of around nine million 'Muslims' and a million 'Algerians' – or Europeans.

Algeria's war of independence, led by the newly formed Front de Libération Nationale, or FLN, in 1954 just east of Algiers and independence was declared on 5 July 1962. For the next few decades, the country had a succession of Islamic socialist leaders; however the country fell into civil war, and during this period it is estimated that anywhere between 44,000 to 200,000 Algerians lost their lives. Finally, after years of bloodshed, Abdelaziz Bouteflika was elected in 1999 and instated his legitimacy by announcing a referendum on a plan to offer amnesty to the rebels, there was a 98% yes vote from the war-weary Algerian people and peace returned to the country.

Where to visit in Algeria

Known for its whitewashed buildings in the Kasbah, a medina with steep winding streets, Ottoman palaces and a ruined citadel, the capital, Algiers has to be your first port of call. There are so many beautiful building to enjoy, from the Ketchaoua Mosque, built in the 17th-century, it features a pair of graceful minarets, marble columns and arches. There is also the Catholic basilica of Notre-Dame d'Afrique, situated on a clifftop; it features a large silver dome and intricate mosaics. The museum of modern and contemporary art is worth a visit, featuring works from Algerian and international artists and the botanic gardens, Jardin Botanique du Hamma is a stunning display of exotic plants from all over the world. The architecture in Algiers tells the story of the city; from the wide French-built boulevards and elegant apartments and villas to the Socialist-era monuments and public buildings, and the city always retained its Islamic heart. Constantine is your next stop, travel inland towards the east, and you'll be in Alegria's third city. Situated on an outcrop of rock within the dried-up banks of the Rhumel River, the city is surrounded by a deep, almost circular gorge, creating a natural fortress that has been occupied since Neolithic times. The city was Arab Capital of Culture in 2015, and one of the most beautiful buildings is Bey's Palace or Ahmad Bey Palace. The atmosphere in Constantine is said to be marvellous, and there is a real sense of authenticity and not too many other tourists around. Just 30km from Constantine, on a barren mountain slope, is the ruined Roman town of Tiddis, its impressive due to its situation and is worth a visit. In Algeria, a trip to the mighty Sahara desert is a must, and some of the countries best ruins remain intact in this sea of sand. The roman town of Timgad can thank the sands of the Sahara for its remarkably well-preserved ruins, some travellers have even gone so far as to call it the 'Algerian Pompeii' and is listed as a UNESCO World Heritage Site.

What to eat in Algeria

Influenced by its interaction and exchange with other cultures and nations over the centuries, Algeria's cuisine contains a wealth of dishes from both land and sea. Couscous is the national dish, often topped with meat, vegetables, and various spices. The most popular meat and vegetable accompaniments for this dish are chicken, carrots and chickpeas. One of the most hearty meals is Harira, is a rich traditional soup, recipes vary from region to region, but Harira is mainly composed of lamb simmered with vegetables, spices and herbs. Makroudh is a traditional Algerian dessert, a pastry stuffed with dates or almonds, deep-fried and dipped in honey, often eaten with coffee in the morning.

Discover how to reach and what to do in Algeria: tips, events, local festivals, culture, food and all the other details to explore Algeria can be found on our blog! 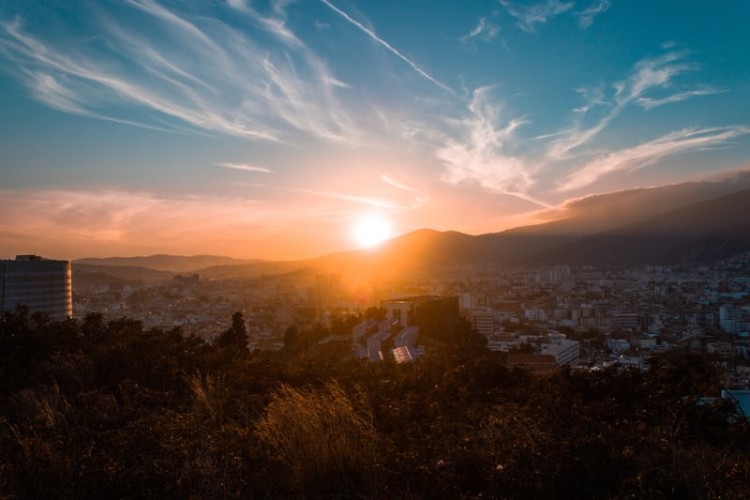 Off the beaten track in Algeria with Netferry!
Algeria is the largest country on the African continent and has a brilliantly varied physical and cultural landscape for travellers to explore.&nbsp; The north of Algeria is mou...
14 May 2020