Located on the northern coast of Crete, Rethymno is a charming city with a population of around 40,000. The old town, Palia Poli, remains one of the best-preserved old towns in Crete, almost entirely constructed under the Republic of Venice.

A brief history of Rethymno

The Minoans initially settled in Rethymno during the Bronze Age. In around 1250, the city became the seat of the Latin Diocese of Retimo, and after being absorbed by the Diocese of Ario in 1551, renamed Retimo–Ario. Captured by the Ottoman Empire in 1646 during the Cretan War, the Ottomans ruled Rethymno for almost three centuries. , The city was involved in the Battle of Crete during World War II, as an essential military defence base for the British and Commonwealth forces thanks to the airport constructed to the east of the town shortly before the battle. However, the Germans dominated the allied troops, who had to surrender. Today, the city is a popular tourist destination as well as an agricultural centre producing various Mediterranean products, especially olive oil.

Things to do in Rethymno

The city's Venetian Harbor is lovely to stroll around and is filled with fishing boats and lined with tavernas. The elaborate Rimondi Fountain is also magnificent; it is in the city centre and was built in 1626 by the Venetian governor Rimondi. The city's Venetian-era citadel, the Fortezza of Rethymno, is one of the best-preserved castles in Crete and is a must-see! It is star-shaped, and there are beautiful views from up there. In the grounds of the fortress you also have the Sultan Bin Ibrahim Mosque, with its vast dome, the mosque also hosts cultural events.

The Neratze Mosque is also an imposing building, built in 1601 as the main church of an Augustinian monastery that was converted into a mosque after the city was invaded and conquered by the Ottoman Turks in 1646. The Museum of Contemporary Art of Crete is worth visiting and is open every day apart from Monday; it houses works by Lefteris Kanakakis along with other Greek artists. The Rethymno Archaeological Museum is also fascinating; it has artefacts dating back to the Minoan period.

For nature lovers, why not take a hike around the surrounding area? The company, Happy Walker, provides guided trekking experiences for up to 16 people per day, along ancient shepherd routes, gorges and traditional villages around the city, for just 12 euros lunch can also be arranged.

There are beaches in the city centre, and Koumbes beach is one of the most popular. It is sandy and shallow, so excellent for children, and there are also some sunbeds to rent. If you travel a few kilometres east along the coast from the city centre, you reach Spilies Beach, which is a lesser-known rocky inlet, with shingle and some caves to explore. The beach has sunbeds to rent, and there is also a nice little restaurant on the main road. Geropotamos beach is close by and is a vast expanse of golden sand and shingle; it has umbrellas to rent and a café for refreshments.

Discover how to reach and what to do to Rethimno: tips, events, local festivals, culture, food and all the other details to explore Rethimno can be found on our blog! 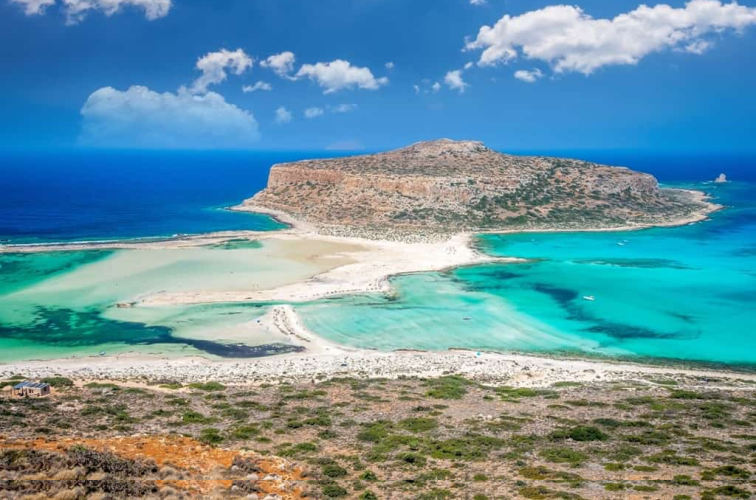