Roscoff is located on the coast of northwestern France in the commune of Brittany. Roscoff is famous for being a really pretty town with lots of character. It has a long maritime tradition, with a large proportion of its wealth obtained through maritime trade with England. The spirit of pirates, smugglers, and merchants seems to hang in the air on the winding streets and alleyways that lead down to the port.

A brief history of Roscoff

The history of Roscoff begins in around 1375 in the Roskogoz area of the town, when it served as an outer harbor for Saint-Pol-de-Léon. However there were problems as the harbor kept filling with silt and  getting attacked by the English. So the inhabitants decide to a site further north where the town began to grow further and further east. The Pointe de Bloscon was fortified in the 18th century and in the early 19th century, the ‘Onion Johnnies’ crossed to England to sell the famous Roscoff pink onions. Roscoff became home to France’s very first thalassotherapy centre in 1899. Dr Bagot treated rheumatism there with sea water, people have been flocking here ever since. Today, seaweed harvesting companies have also emerged and Roscoff now has one of the largest seaweed production centers in Europe.  A deep-water harbor was built during the second half of the 20th century and today the link with the UK has remained strong there is still a year-round ferry service to the UK and Ireland, from April to October.

Things to do in Roscoff

The Jardin Exotique de Roscoff is a botanical garden that is open daily, the garden contains about 3,350 plants from the Southern Hemisphere, including Australia and New Zealand, the Canary Islands, and South America, an admission fee is charged for entry. The Church of Our Lady of Croaz Batz is well worth a visit, its an architecturally interesting building with a splendid interior. Saint-Pol-de-Léon Cathedral is a roman catholic basilica from the 13th century. If you're looking for some physical activity, then head 16 km south of Roscoff to the Ecopark Adventures in Penzé. It’s located in a wooded area and has apparatus built in and between the trees so they can feel like Tarzan in the jungle! They allow you do go around the treetop obstacle course as many times as you like and entrance costs between 6 and 22 euros depending on age.

Plage du Traon Erc'h is set in a cove and this small, sheltered beach offers swimming, fishing, sunbathing and picnicking, Pouldu beach is also a nice beach, it has fine white sand and can be safe enough to swim at high tide and at low tide its good for searching for small animals in rocks and algae. Finally Roche and Staol beaches also have white sand, clean water and areas for dog walking.

Discover how to reach and what to do to Roscoff: tips, events, local festivals, culture, food and all the other details to explore Roscoff can be found on our blog! 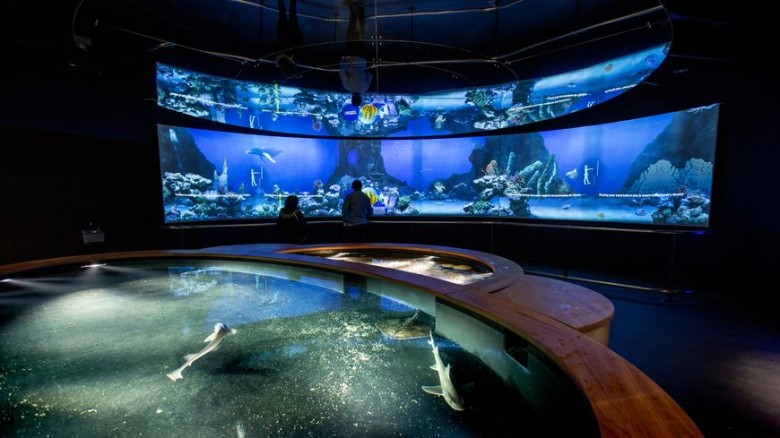