Saranda is an important tourist hub on the southern Albanian coast. This town has become a tourist resort that attracts both Albanians and foreigners because of the natural beauty and wonderful beaches. There is also an atmosphere of relaxation which si perfect for travellers looking for good food at reasonable costs and some places of historical and cultural interest to visit.

Between 1940 and 1944, the Italians gave it the name Porto Edda, in honour of Edda Ciano Mussolini. Saranda is the capital of the province, which is the southernmost and on the border with Greece, just opposite Corfu. The seafront is the pride of Saranda, the area is also rich in vegetation and palm trees. The Castle of Lekursi is worth visiting and is about two kilometres away, there is a fort built by the Sultan Suleiman during the conquest of Corfu. The monastery dominates the upper part of the city of Saranda and there is also a restaurant on the hill from which you can admire the wonderful views of the bay.

Saranda is an excellent starting point for excursions to archaeological sites and places of cultural interest in the surrounding area. From Saranda you can reach Butrint, where there are some archaeological ruins on the border with Greece. Another place not to be missed in the vicinity of Saranda is Argirocastro, Silver Fortress, whose ancient city is a UNESCO heritage site and is a perfect mix of Greek, Roman, Turkish and Albanian culture. Around 20 kilometres from Saranda, the source of the Syri i Kaltër river gushes out against a backdrop of limestone rock and takes on a beautiful dark blue colour.

Ksamili beach is around 17 kilometres south of Saranda and is a very special beach because it overlooks four islands that can be reached by swimming. The beach itself is sandy and has a turquoise, crystalline sea. This beach has many amenities, such as bars and restaurants and is easily accessible from the centre of Saranda by bus. Shpella beach is sandy and pebbly with a transparent sea, it is surrounded by nature and ideal for travellers who want to be in contact with nature. The depths of the sea that bathes Saranda are particularly suitable for water sports such as diving and diving.

Discover how to reach and what to do to Saranda: tips, events, local festivals, culture, food and all the other details to explore Saranda can be found on our blog! 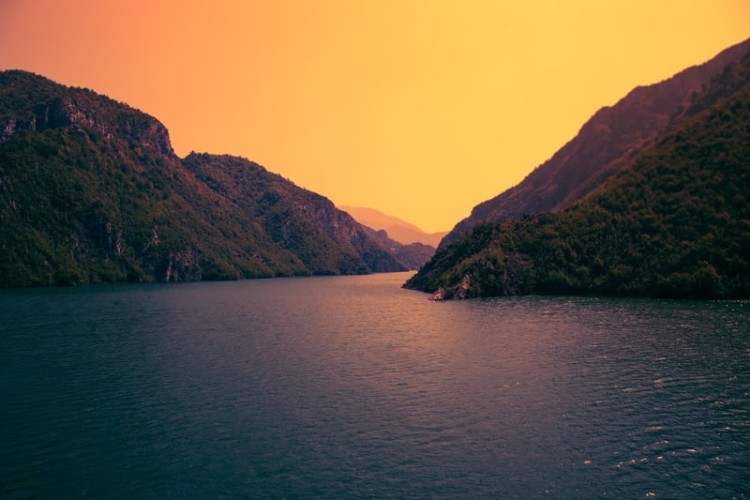 Netferry recommends some of the best beaches in Albania
Albania, located on Southeastern Europe's Balkan Peninsula, is a small country with a gorgeous coastline and the stunning Albanian Alps. The most popular beaches are located alo...
30 April 2020

How to get to Saranda with NetFerry
Saranda lies on Albania&rsquo;s southern coast and is a land of wonders, with enchanting beaches, crystal clear waters and fragrant olive groves. Saranda was known as Porto Edda...
06 April 2020